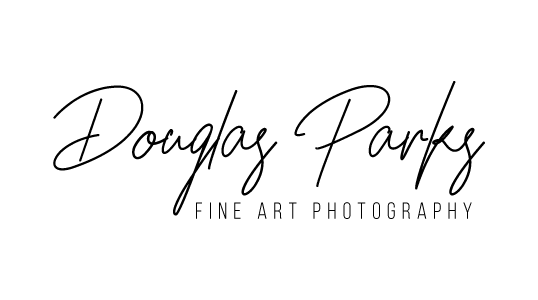 I am lucky enough to be relatively close to Yosemite National Park.  While it can be a bit painful to leave the house at a time that allows me to be in the park by sunrise, these are the things that also make being a landscape photographer rewarding.

However right now the park has restrictions.  The park is only open from 8-5 and requires an advance day pass.  Well, 8-5 is after sunrise and before sunset!  So for the most part I have not been going to the park during the pandemic.  Along with that are the throngs of people who are flocking to the park to collect their version of the "firefall" that was made famous by Galen Rowell.  Because of the numbers it is not an image that I will add to my collection since it draws crowds.  I tend to search out the unusual or follow atmospherics in my images.  Such is the image above.

While Yosemite Falls in spring is amazing, mainly because of the amount of water going over the falls, times where the actual falls is low flow can still be breathtaking.  Yosemite Valley can collect low clouds, snow on the floor and ice clinging to the walls.  These are the types of images I gravitate towards.

This particular image drew me in because of the ice on the trees and walls.  But the slim ribbon of the falls reminds us that this is indeed one of the tallest falls, made up of three separate falls: Upper Yosemite Falls (1,430 feet), the middle cascades (675 feet) and Lower Yosemite Falls (320 feet). The ice along the upper falls draws the eye into the ribbon of the winter season falls.  The rock cliffs around it are unmistakable if you have spent any time in the park.

As for the particular technical parts of the exposure, this was made with a zoom lens set to 40mm, just slightly wider than what the human eye sees, and 1/10th of a second which is slightly slow.  I did not want to shoot the image any longer to avoid any wind that would blow the ribbon and also the trees to maintain its crisp look.

So take some time during winter to visit the park.  I am sure you will come away with the same feeling of grandeur that you get during any other season, but also will be able to experience lower crowds giving you the feel of having the park all to yourself!

Yosemite in winter
As the days grow longer
As fall ends and winter begins
Images that calm the soul
The seasons continue to move along quickly
Fall is coming our way
Let the blogging begin!

The Art Storefronts Organization has verified that this business has provided a returns & exchanges policy for all art purchases.

Satisfaction on the product is guaranteed. Please contact me directly with any concerns you may have so I may address them personally.

This website provides a secure checkout with SSL encryption.

The Art Storefronts Organization has verified that this Art Seller has published information about the archival materials used to create their products in an effort to provide transparency to buyers.

Join my site and be the first to see new content and special promotions.

Your cart is currently empty.

This is only visible to you because you are logged in and are authorized to manage this website. This message is not visible to other website visitors.

The above preview shows how to use the live preview on this website. The image displayed is just an example, and is not available for sale.

This means you can use the camera on your phone or tablet and superimpose any piece of art onto a wall inside of your home or business.

To use this feature, Just look for the "Live Preview AR" button when viewing any piece of art on this website!

Below, select which favorite lists you would like to save this product into.

SAVE 10% ON YOUR FIRST ORDER! Enter your email below and we will email you a

Offer valid for NEW CUSTOMERS only.

We hate spam and will protect your email address.

Cookies are important to the proper functioning of a site. To improve your experience, we use cookies to enable shopping cart functionality, to remember log-in details and provide a secure log-in, to collect statistics to optimize site functionality, and deliver content tailored to your interests. Click "Accept" to accept cookies and go directly to the site, or click "Learn More" to learn more about our Privacy Policy before accepting.